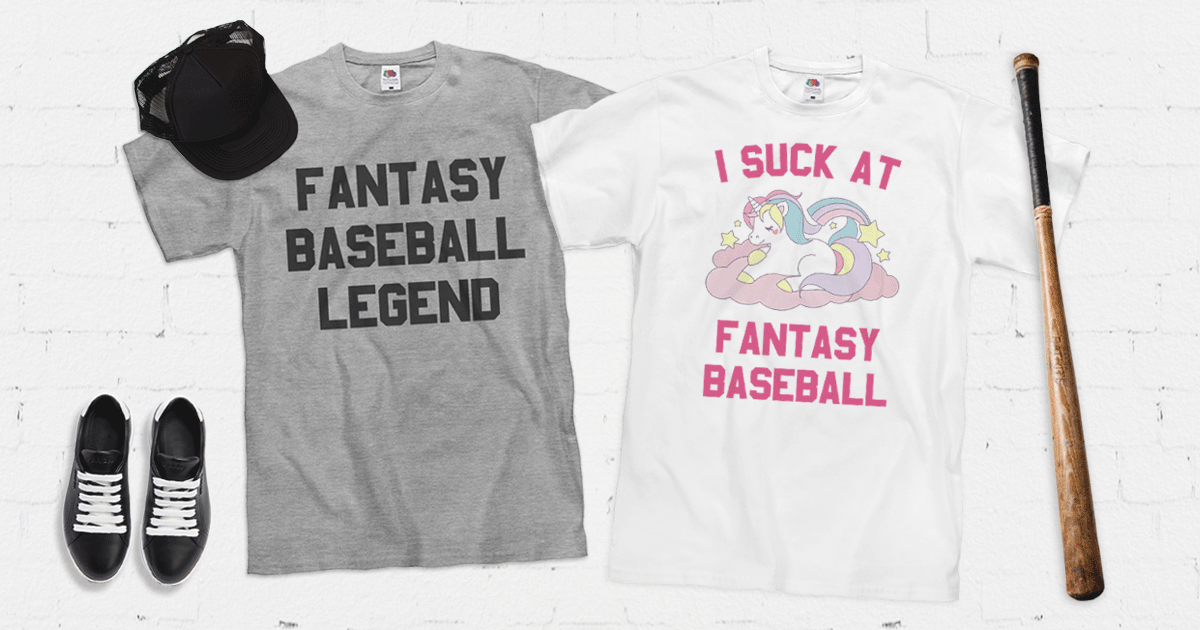 Spring training is in full swing, which means the MLB regular season is just around the corner as well as another chance to try your hand at drafting the best fantasy team against your friends, family, and coworkers. It’s time to get your game face on and pick the winning team that will dominate your fantasy baseball league. First things first though. Before you get into depth charts and rankings, you’ll need a hilarious team name that will dominate the rest and a shirt to everyone you mean business. Prepare for total domination with funny fantasy baseball shirts. 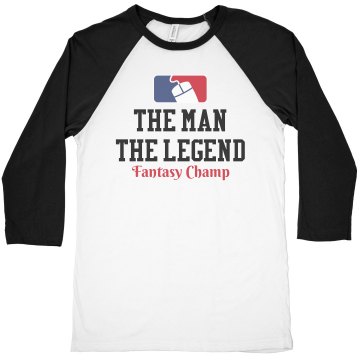 Being part of a fantasy baseball league means you will not only be cheering for your favorite team, but also the players you have drafted. Whether you win or lose in your league could come down to how you pick your team in the draft.  You’ll need to know when to draft for a certain position, who the star rookies will be, and that one  sleeper pick who will end up having the break out season. In reality, nothing quite says you mean business than a shirt that states you’re better than everyone else.

Design a fantasy baseball shirt that tells everyone you are THE best at putting together an all star team. Create a shirt that celebrates another season’s win or create a design that commands the respect that a Fantasy Baseball Legend deserves. Better yet, shame last seasons loser with a shirt that shows how much they suck.

What’s best about our funny fantasy baseball shirts is their customization factor.  Take one of our designs and change up the colors and add your hilarious team name. It’s that easy.  Do you have funny team names you think are worth sharing?