Zombies, walkers, the undead…whatever you choose to call them, they have become a staple in modern culture. So, it’s no surprise that we have a ton of zombie t-shirts for you to choose from. From gory to funny, we have it all. Plus, you can customize any design with our zombie art in the design center!

Quick summary to catch you up if you have not been following along: I recently launched Reddit’s First Ever Self-Proclaimed Sponsored Novelty Account and named it IMadeYouATeeShirt. You can read all about it in this blog post.

After a little more than one week, we have good news and bad news.  The good: we turned a few heads, made some people smile, and averaged over 50 upvotes per comment. The bad: we got hellbanned.

The hellbanning was actually quite a shock, because early in the week we had received one month of gold and a message of encouragement from someone at reddit HQ. It was a private message, so I’d rather not go into the details other than to say it was a brief note, and I took it to mean that they were cool with the concept and curious to see how it played out.

My current hope is that there is a discussion happening at reddit HQ right now, and it will eventually lead to the un-banning of my account. Perhaps they will also set more concrete rules on how exactly a sponsored novelty account could be implemented, which would be perfectly cool with me. If they decided that they needed to kill my account until this could be sorted out, I would understand completely and would harbor no ill will. Fingers crossed that this is the case.

One of the nicest things that happened as a result of this whole experiment was hearing from a couple of the moderators of /r/InternetAMA. They requested that I come and talk about the sponsored novelty account concept, so I will make a post at 2PM EST today. In preparation for that post, I will list out all of IMadeYouATeeShirt’s comments below (because, unfortunately, those comments currently show up as [deleted] on reddit.)

The Future of Teaching…

In this thread, someone posted a screenshot of an email their friend sent to a professor. It’s a somewhat clever, but not at all relevant email for the professor. The top comment thread goes like this:

The future of teaching…

IMadeYouATeeShirt is reddit’s First Ever Self-Proclaimed Sponsored Novelty Account. This is how it works.

This comment resulted in a $5 donation to DonorsChoose.org, via RedditDonate.com, in the name of reddit. Transaction ID: ch_0RdrQ1hL6hiDuM.

(All of my comments had a footer like this. Again, I tried to be as transparent as possible.) This was the shirt design: 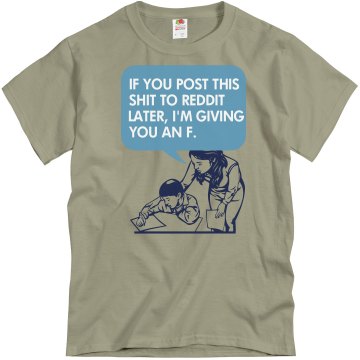 Later in the same thread, I start to get dozens of responses. Most of them are very encouraging, including:

There are many others, but I’ll leave it at that. Some people still don’t quite get it, so I feel like I need to take action. That’s when I see CoCo26’s comment: 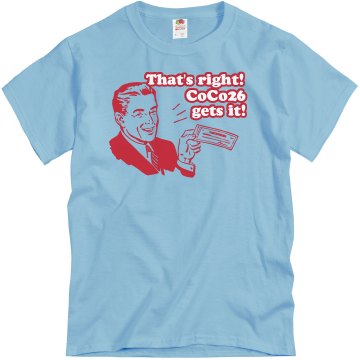 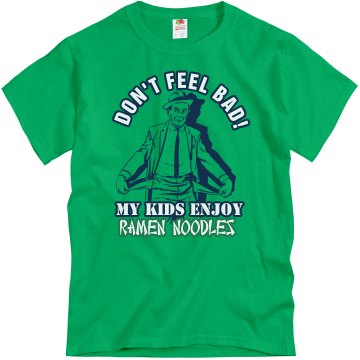 That was never a condition of our agreement!

In this thread, someone posts a rather hilarious gif of Han and Leia about to walk through a door in Cloud City. When the doors slide open, instead of Vader you see the guys from the Gangnam video dancing like crazy. Khdutton comments:

Personally, this is my favorite post though also the least successful. In an AskReddit thread about marketing gimmicks I, as Reddit’s First Ever Self-Proclaimed Sponsored Novely Account, respond with a simple, elegant, one line comment: 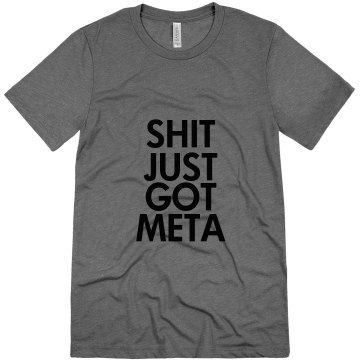 Goodyear? No, the worst.

Someone posts a hilarious gif in r/FantasyFootball about the no-longer-locked-out NFL refs. The gif is Leslie Nielsen doing his brilliant strike dance in Naked Gun. Billmurrionaire comments:

This scene is like a grilled cheese sandwich: a classic from my childhood that I appreciate more and more with age. 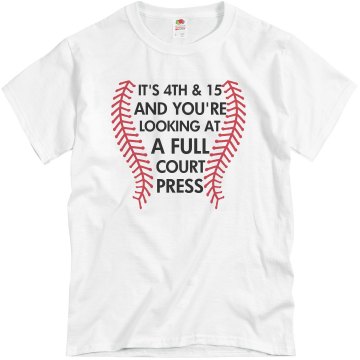 In r/HarryPotter, a post appears hypothesizing that Santa is actually a wizard from the Harry Potter universe, and that his “elves” are really “house elves”. This is pretty cool, except for one problem. I comment:

Someone posts an FB screenshot to r/funny describing a conversation with their Botany classmate named Stan. Stan is only taking Botany to get better at growing weed. DrKomeil sees the fallacy in this, and responds thusly: 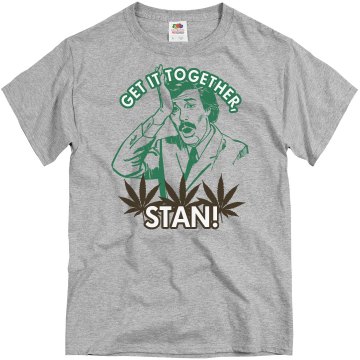 (Note the dead marijuana leaves contrasted against the green design. I was particularly pleased with that touch.)

David Corn, the Mother Jones journalist who had just released the infamous Romney “47% Video”, was cool enough to do an AMA on reddit. One of the threads goes like this: 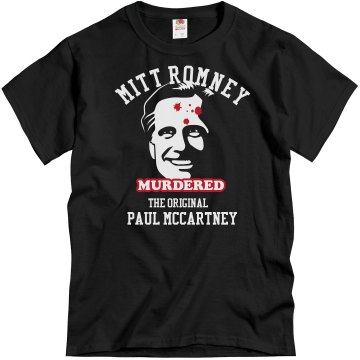 Points: 5 (It was quickly buried in the crush of questions and responses).

In total, we raised $45 for DonorsChoose.org and gave out a month of gold to nine different reddit users. We’d love nothing more than to keep going, keep donating, and keep paying reddit. I hope they let us.