Have you heard about the Green New Deal?

It’s a new proposal from the younger Democratic leaders who are about to take over the House of Representatives.

It combines two things everyone loves:

1. Not dying in a desolate wasteland caused by climate change.

Look around, fellow Americans. The country has gotten a lot richer in the past 40 years. But where has that wealth gone? To the poorest? To middle? Or almost entirely to the top 1%.

People are frustrated. They take their frustration out in a myriad of ways. Some don on a MAGA hat and vote for Donald Trump.

But there is a contradiction with most folks in MAGA Hats: their love of Trump and their love of this classic country song from the band called Alabama, Song of the South.

The song is a tribute to the FDR’s New Deal. Which seems incompatible to Trump’s views, right?

Daddy was a veteran, a southern democrat
They oughta get a rich man to vote like that

Cotton was short and the weeds were tall
But Mr. Roosevelt’s a gonna save us all

Looking to a Democrat president (a label that later applied to Obama) for help?

Yikes. Sounds bad. Healthcare is a tricky subject. Trump is determined to destroy the Affordable Care Act, which seems to be bringing healthcare to a lot of people right now.

And here we have it. FDR did come to the rescue. The TVA is a reference to the Tennessee Valley Authority. It was an economic stimulus program (a classic move from a “Spendocrat”, amiright?) and it did two important things: helped bring electricity to rural parts of America AND it gave the dignity of work to tons of previously unemployed people.

The TVA was part of the New Deal, and the New Deal was a great idea that actually worked.

It’s time for another New Deal. A green one.

Look, we’re nearing the point of no return on Climate Change. In Back to the Future Part III, this was symbolized with a windmill.

In reality, it will be symbolized with a lack of windmills. A shortage of solar panels. And too many oil derricks. Too many mountains stripmined for coal.

The earth is getting warmer. Polar ice is melting. Soon the sea levels with rise. We can kinda-sorta slow it down if we act really fast.

But to act fast, we’ll need a major initiative from the Federal Government. The Green New Deal.

A new stimulus program to combine a jobs guarantee with carbon reduction. It’s a super smart move from these young Democrats, who might someday be referenced in the same breath as FDR. And perhaps a new Song of the South will be written.

If this sounds good to you, help promote it with Green New Deal hats, shirts, and tank tops. Tell the world by wearing it across your chest.

And hey, we get it. Super vibrant green doesn’t look great on everyone. That’s why we offer several shades of green. Pick the one that suits you.

Please feel free to add your own spin. Every design is totally customizable. 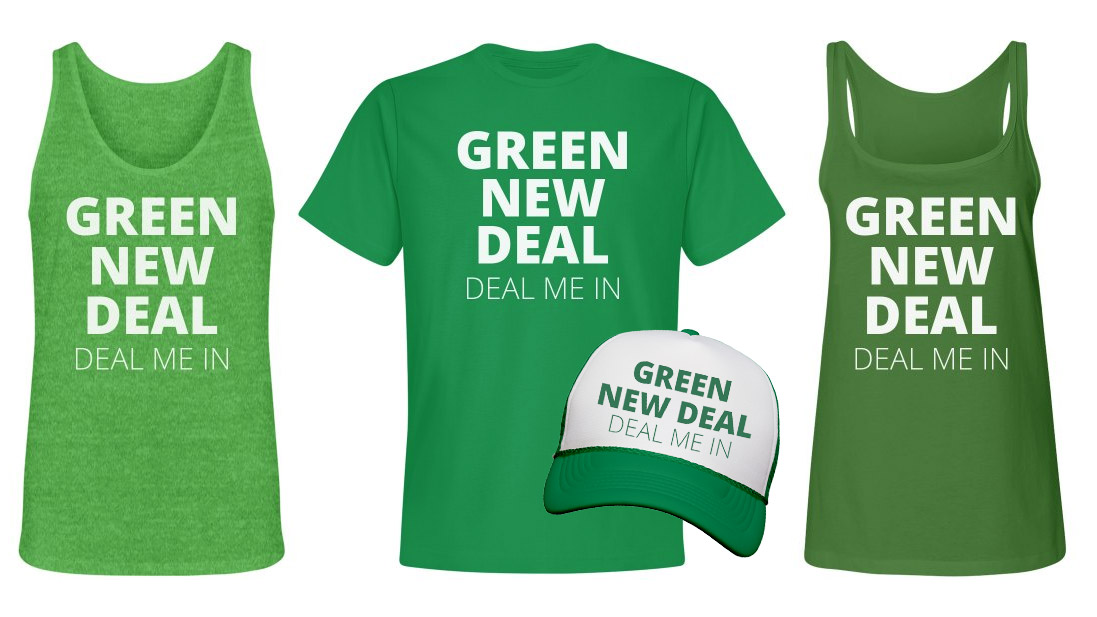 This is our monthly coupon code for January, which means it expires… *checks notes*… at the end of January.

So start shopping for – and customizing – funny shirts now. And onesies, and undies, and all kinds of other good stuff.

Fantasy Football championships will be decided this weekend. For most leagues, the loser, the basement dweller, the absolute taco, was decided long ago.

Which means it’s always a good time to think about custom t-shirts. They can be both a carrot and a stick.

Did you win your league? Congrats. You deserve a beautiful Fantasy Football Champion Shirt, personalized with your team name, league record, and point total.

You’re probably rolling in your championship winnings. How much was it? $200? $500? More?! Well, you can definitely spend some of that on a one-of-a-kind t-shirt that you can cherish as your own personal trophy for the rest of your life.

But you should also consider the less fortunate. What about the loser of your league? The person who finished in dead last?

Are they cold? Did they literally lose their shirt? You now have the cash to buy them a new one.

But they don’t deserve a regular shirt. No, they should be forced to wear the most humiliating shirt possible. A true Fantasy Football Loser Shirt.

Follow that link and you will see lots of pinks. Lots of unicorns. To be honest, we’re just responding to the market here.

It’s certainly not our belief that anything opposite from masculinity (in this case, pink) is “bad”. That’s not really the belief of our customer either. But it is yet another indictment of the Fantasy Football loser. It’s what *that* person thinks is embarrassing.

Well, maybe. There are probably lots of these giftees who love their Fantasy Football Loser Shirts. These unicorns are beautifully illustrated, after all.

And regardless, every design is totally customizable. So if you want to create your own Black and White Fantasy Loser Shirt with some other humiliating detail, you certainly can!

So remember to customize Fantasy Football Shirts for everyone: the champion, the loser, and the most deserving person of all, the commish. 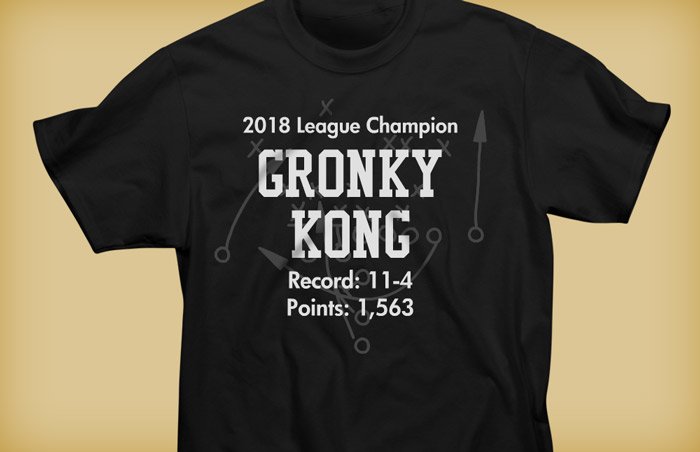