Here is our monthly coupon code for December 2018:

This is a monthly code so it expires on — you guessed it — December 31st.

We hope you use this code to create your own funny, custom apparel. Maybe you want to start with one of our templates and just customize the heck out of it.

Maybe you want to start from scratch.

Last month, we laid out an extremely specific prediction: the exact text Beto O’Rourke would use for his election night speech on November 6th, 2018.

Here’s what we got right:

Here’s what we got wrong:

At first, it seemed like a sad night in Texas. Beto had come close, within two and a half percentage points, but he didn’t win. Ted Cruz would be going back to the Senate for six (ugh) years.

But the closer we looked at other races around the state, the more apparent the impact of Beto’s campaign.

It was a huge surge of Democratic turnout, and maybe that wasn’t enough to tip the scales state-wide, but it sure was enough in certain localized areas. For example, look at Collin Allred in Dallas. He’s going to take his seat in the United States House of Representatives.

Allred was a terrific candidate and ran a great campaign. But does he get elected without the Beto-surge? Hard to say. Many people will use the term “coattails” here but that seems too disrespectful to Allred.

There’s also Lizzie Fletcher, soon to the representing parts of Houston in the House. Not to mention all the judges and other legislative seats.

We’re still hoping Beto runs in 2020. Surely an announcement is only moments away!

Until then, we’ll keep designing Beto 2020 hats and t-shirts… and even a few Beto Ugly Christmas Sweaters. 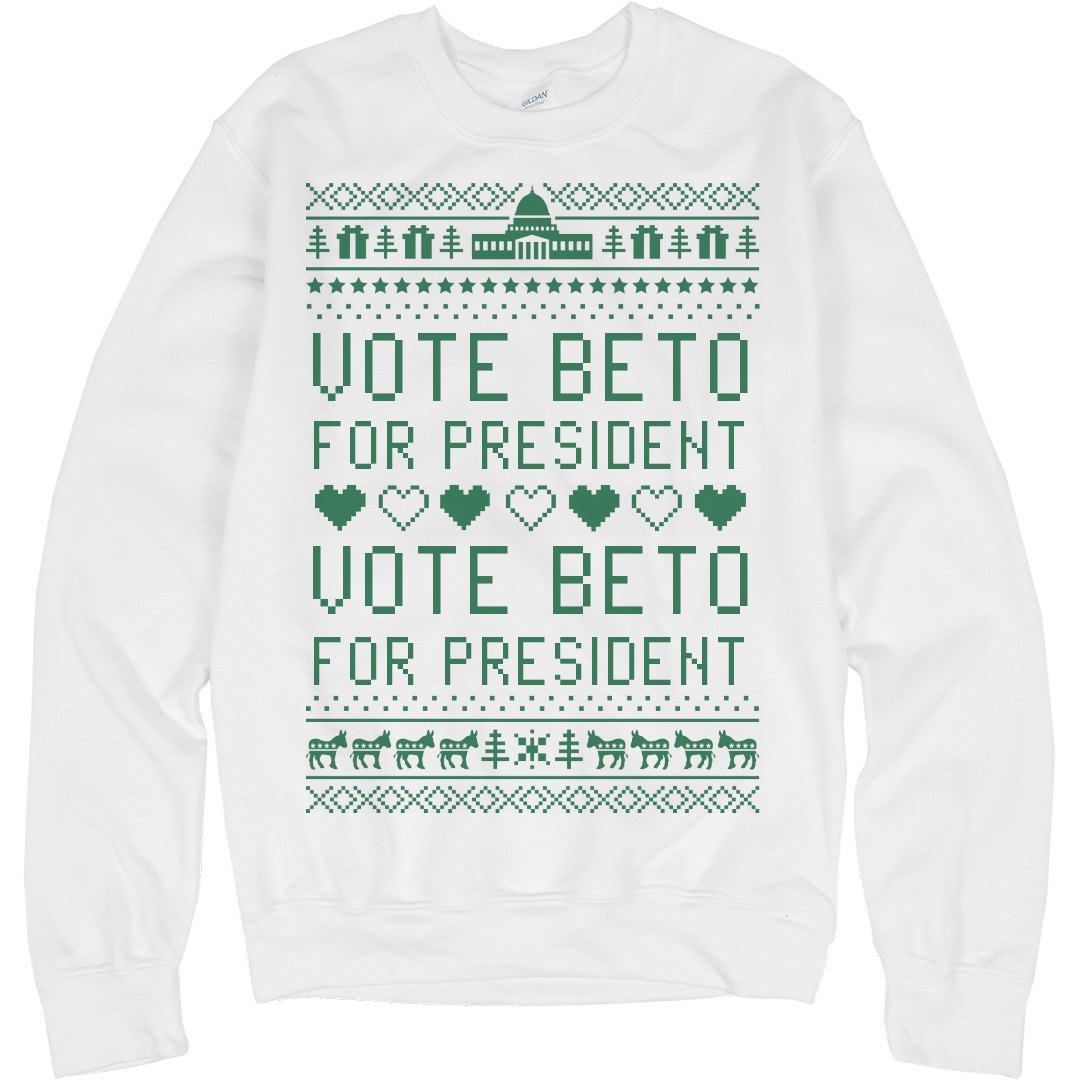