The Germans are great beer drinkers and there are two reasons for that. One, their legal drinking age is 16 and two, they host the greatest beer festival in the world, Oktoberfest! If you host a 16-day festival based strictly around drinking beer, then you must be pretty darn good at it! While Oktoberfest has its roots in Germany, many countries, including the USA, have embraced this event and put their own spin on it.  So if you’re attending Oktoberfest this year, you better look the part of a beer drinker! We can’t think of a more perfect way to do that than with Oktoberfest shirts and steins from FunnyShirts.org!

Almost seven million liters of beer is consumed in Germany during the two week Oktoberfest celebration, and even though you probably won’t be drinking beer for 16 days straight, you’ll still need to have a sturdy vessel like a stein to rely on! Also, it’s important to find the perfect Oktoberfest shirt to show off while you’re dancing to polka and rolling out the barrel!

Having the right gear is essential to becoming a great beer drinker like the Germans! These shirts and steins will help you perform your very best at this year’s Oktoberfest and the many more to come in the future! 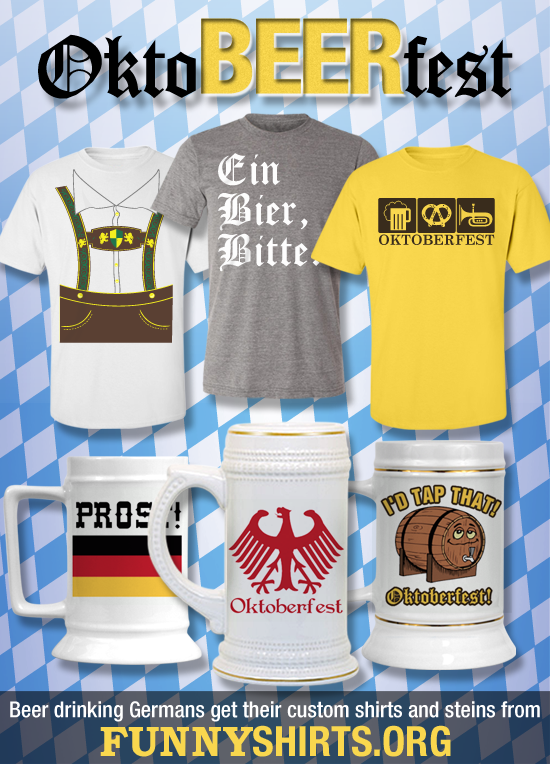