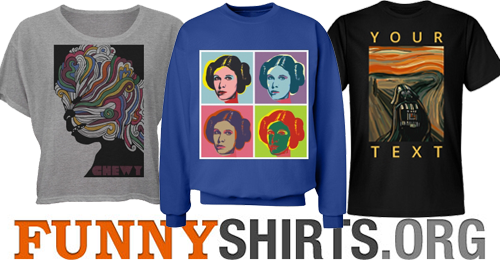 Well those guys (and gal) contributed some pretty amazing and innovative works of art to society and helped shaped the way we understand and appreciate art and music today.

Star Wars is the most epic story of all time and is equally as groundbreaking and significant in the fabric of pop culture.

In honor of the upcoming Star Wars Day, May the Fourth, we have created three original illustrations combining the styles of Glaser, Warhol, and Munch and some of our favorite Star Wars characters. 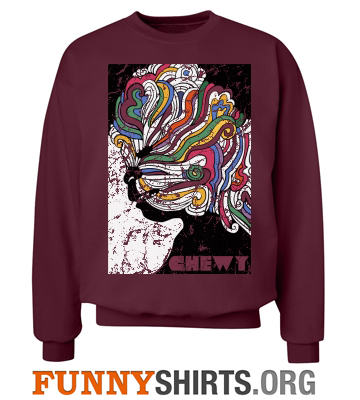 Marilyn Monroe was the princess of 60’s, but Princess Leia is an intergalactic icon. Gift a Princess Leia Warhol tee to the biggest Star Wars fan you know. Our Princess Leia design is a parody of Andy Warhol’s legendary Marylin Diptych. 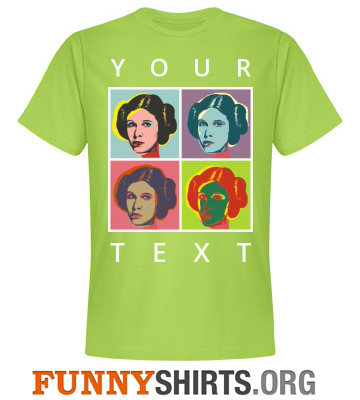 NOOOOOOO one in all of the universe can do The Scream like Darth Vader. Customize your tee, tank, or hoodie and recreate one of the most famous paintings of all time. Edvard Munch’s, Expressionist era, The Scream is noted as being “an icon of modern art.” Be a trend-setting icon of modern t-shirts in this Star Wars parody design. 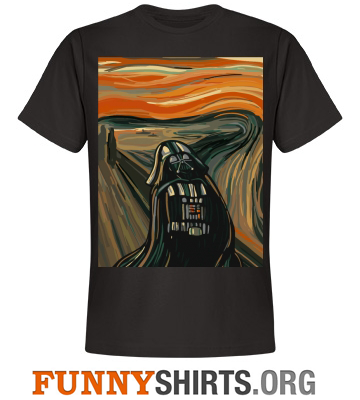 However you choose to customize the coolest Star Wars parody apparel is up to just don’t wait a long time because May the Fourth is not far, far away.